On the 27th of April, Corvinus University of Budapest organized a field trip in two different business environments to bring the students in contact with real life strategies and decisions of executive members.

This trip mainly focused on students who attend the Business Strategies in CEE course but of course students of other courses were not excluded. In the end, a mix of students from International Economics & Business and International Relations background attended on a common interest to experience business life.

Korda Film Studio as we learned in a lecture surprisingly held in a movie theatre, was founded almost ten years ago (2007) which makes it a quite new investment but nevertheless profitable. Mr. Jonathan Halperyn (EVP, Corporate Development) informed us about different aspects of the business strategy of the studio, the film industry as well as the improvements through time and their differentiation of other studios but also countries. 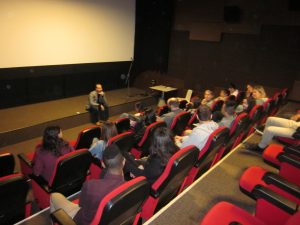 First of all, I should say that this specific studio is the only one in Hungary with so much land surroundings (15hectares) which can be used for the creation of any kind of movie set and it is one of the reasons that it can be a preference over other studios within the country. One of the main strategies of Korda Film is that they have created an amazing distribution and services system. They offer studio facilities and at the same time creation of movie sets, one of the biggest soundstages in the world, support systems (green screens etc.) and already made movie sets such as the New York set but most importantly they provide professional production services for both international and local producers. As mr. Halperyn said this is a great motivation for international producers who would like to create “new environments” in considerable cheaper way but with high-quality.

To follow the above motivation, Hungary has a unique tax incentive scheme. The Hungarian financial support system (Motion Picture Act and Corporate Tax Act) has two pillars: indirect state support (tax incentives for films and related projects) and direct state support (for local films or co-productions) which can arise up to 31-32%. This is a great marketing tool that Korda Film Studio uses to attract international producers based on the movie budget. For example, the production of Blade Runner 2049 which ended up rounding up to 100mil $, got back the 31mil $. This is a great incentive for big productions to lower their costs and minimize their budget. 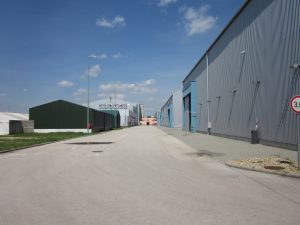 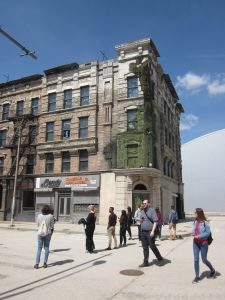 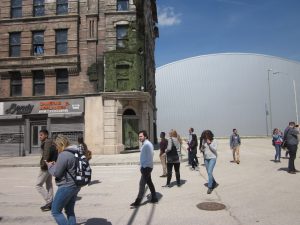 Other advantages of filming with this studio is the qualified English-speaking personnel and Budapest itself. The city is a cosmopolitan destination that offers economic and political stability at this moment making it an “easier” CEE destination than other countries of the region. Czech Republic is the main competitor of Hungarian filming industry (concerning international motives) but still the preference and attraction is really high creating those two countries the main destinations in CEE region. Budapest has various shooting locations resembling other cities such as Amsterdam, London etc. which a solution for location shootings and with land scape that the studio offers, they consider it one of the best options. 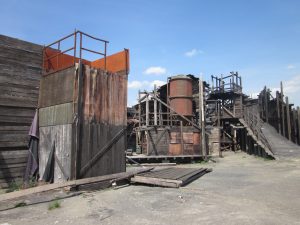 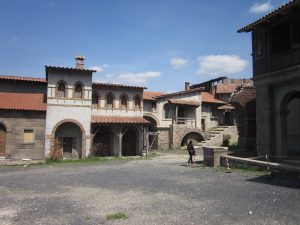 Last, another key of the studio’s strategies is networking. Mr. Halperyn is an essential part of this stage because of his connections in US. His previous experience in US studios has helped the studio’s connection with US producers and the push of the Hungarian film industry from local to international. Some productions as such is the tv series The Borgias, The Hellboy, Robin Hood: Origins, Blade Runner 2049 etc. We can see the change in the industry that the studio offers for the local industry but also in an international level. I should also include that they have a project manager in China trying to bring producers in Hungary.

To conclude, as mr. Halperyn said the European and American way of creating a movie is really different and I think from what we heard from this lecture is that all in all the strategies are based on the fact that this studio combines the European with the International level of film making and tries to compete not only in the local market but also in the global one.

The winery was a really beautiful place to perform a lecture and get informed for the history and business strategies of this company. After we were shown the facilities (through glass due to hygiene reasons), Mr. László Babarczi, executive director explained to us the process of making their wine. There are vineyards all around the main building which they provide the grapes for the process and the winery produces 10 different types of wines (Plane Frizzante White, Chardonnay 2015, Pinot Noir 2016 etc.) 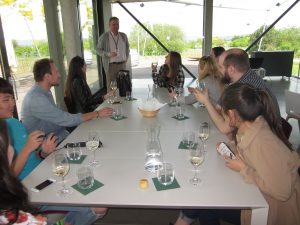 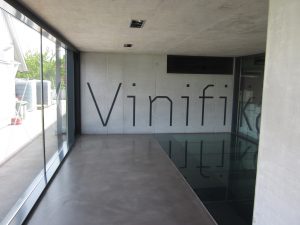 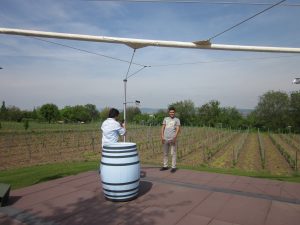 Historically, Hungary is one of the main wine producers with big regions specialized in this. Etyeki Kuria is in Etyek, a wine region of Hungary but the company also has vineyards in the Sopron wine region for expanding its production. The Etyeki Kuria winery was established in 1996 but one of their strategy aspects since then is modernization.

First, in the level of wine making but later in 2011, and as we saw in person, the facilities and the buildings were all transformed. As I said above, thanks to the glass surfaces, visitors can view virtually all the steps of the process without entering the production facilities themselves. At the same time, the winery expanded its surface area concerning the vineyards and specialized in pinot noir grapes which was a unique step for this wine region in Hungary. In another level, the modernization of the bottle, the design and the logos used helped in the marketing part of wine sales and as we were informed they will continue using this specific logos and bottles which achieved their market statement. 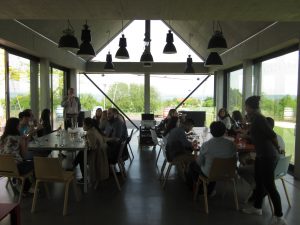 The main distribution of the winery (70% of their production) is through a wholesaler which help them create a market share in the country. The difficulty of this option is the unprecedented 27% Hungarian tax which “makes” the price seemingly higher in supermarkets and stores. The rest 30% of the production is either sold in the winery (in a lower price), in wine stores, online or being exported in Europe but also in China. China’s wine production is flourishing and one of the goals of the winery is supplying to the Chinese market although it is quite difficult. 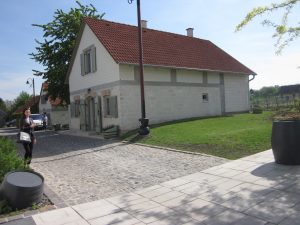 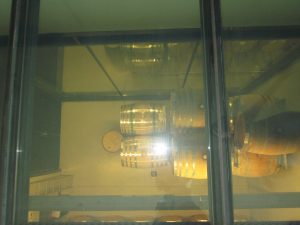 Although Hungarian wine is considered one of the best after the French, their market share is quite low and does not exceed the 3mil €. Still they are in the top10 of wine making countries with France, Italy, Germany etc. The winery through events, modernization and exports are trying to grow their market share and brand their name in the market.

To conclude, the strategic plan of the winery is based on high-quality products that can compete with French production, expansion in the international market and modernization.

The Institute of World Economy is one of the oldest departments at the Corvinus University of Budapest, founded in 1948. The teaching and research profile includes: macro- and microeconomic aspects of the development of the world economy, international trade, finance, regional integration and multinational corporations. Currently it runs the International Economy and Business MSc program both in English and Hungarian.

The Corvinus University of Budapest is one of the TOP Hungarian universities.